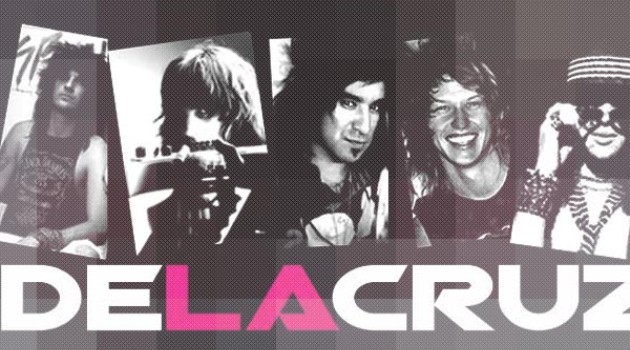 The beggining: In mid 2007 Gold Coast,Australia based guitarist Casey Jones,who had been uploading solo guitar performance videos successfully for several years on Myspace and Youtube, crossed paths with reputable Auckland,New Zealand based hard-rock vocalist Roxxi Catalano. At the time Casey was looking to start an 80s style rock band and Roxxi was looking for his perfect band lineup after years of searching for the perfect band to front. With Catalano's air-raid siren vocals,street level attitude and Jones fretboard melting riffs and string-searing shred,the pair instantly clicked musically and through a shared passion for 80s arena-style rock and musical respect the dream was started, Jones and Catalano going on to record several demos via the internet over the next few years. During this period a drummer to front the future band was sought and through mutual friends Jones was introduced to Melbourne hard-hittin,stick twirlin' drummer Lacey Lane, who at the time was drumming for the successfull rock band the Black Aces. Roxxi and Casey both agreed out-right based upon skill,passion and showmanship that Lacey would be the drummer of the future, as yet un-named, band. Lacey made a flight up from Melbourne to meet Casey in person, jam some tunes and cement the role as drummer before making the calculated move to follow his rock n roll dream in late 2010. In October of 2010 Catalano flew the 2000km distance from New Zealand to Gold Coast, Australia and began writing demo songs with Jones, tracks that would ultimately become included on the first De La Cruz E.P, before officially making the move to live in Australia in mid 2011. Based on the style of the band that was coming to fruition,not only a good solid rock bassist but a second guitarist was required. When this came into consideration Casey had only one guy in mind, Rory Joy, who had also mentioned in the past an interest in starting an 80s style rock band. Rory brought a complimentary guitar style to the band, a level of skill and melodic approach that allows both guitarists to twist and manipulate riffs in a compatible way. This brought the last and vital ingredient of a bass guitarist. Initially, and for the first 6 months, the band employed local musician and friend Jakki Jaculli on the bass guitar until his redundancy due to personal issues and his burgeoning career in medicine. The search was back on... All members agreed that the only guy for the job would be local rock musician Grant Daniell, who at the time was frontman for Brisbane hard-rockers Panacea. Jones and Daniell had also shared the stage together in various 80s rock tribute bands. Thus was formed De La Cruz, Catalano,Jones,Lane,Joy and Daniells, and having recently signed to European rock-label Frontiers Records, the band shows no sign of stopping with the boys currently recording their debut label release and setting their sites firmly on rocking the global arena into 2013. Mirá el video de “Lust Fame Money” de De La Cruz: Para más información de De La Cruz, visitá su Sitio Oficial.

En Surf & Rock te presentamos nuevas bandas surgidas de cualquier rincón del mundo y, esta vez, llega desde Örebro, Suecia. Cómo ya se han dado cuenta, nos encanta presentarles nuevas bandas, y no importa de que lugar del mundo sean oriundas. Esta vez, en Surf & Rock, la recomendación llega desde Örebro, Suecia. Allí, en 2018, se formó Surfing The Orbit, conformada por Robin Lundahl, Wictor Helgesson y Henrik Westberg, decididos a ofrecer música hecha para ser escuchada en vivo y para ser tocada frente a una gran multitud debido al gran arreglo del coro en las canciones. Cómo es habitual, te dejamos su presentación en inglés, tal cual ellos se describen: If you’ve ever been to a Surfing The Orbit concert you know that you won’t walk away without singing the tunes to one of theirs songs. With their catchy melodies, atmospheric soundscape and well-arranged vocals and harmonies, Surfing The Orbit is here to spread good vibes like a true surfer. It all started in Örebro, Sweden, where Surfing The Orbit was created 2018 and released their first single Up In The Air. They have so far released four singles with one of the singles picked by Spotify Editors and was added to the Spotify playlist ”New Punk Tracks” with 120k followers. 2020 they are going to release two singles, two EPs and one album. The genres of the music are arean/pop/punk/space with a touch of surfrock in its own flavour. This music is made to be heard live and to be played in front of a big crowd due to the big choir arrangement in the songs. With its own and unique sound Surfing The Orbit is ready to give the audience the best rock show of their entire life. Escuchá “California Sun” de Surfing The Orbit: Para más información de Surfing The Orbit visitá su Fan Page Oficial.